In 1986 Slow Food was born in Italy with a name to directly confront the concept of fast food. It is now a global organisation and was started by Carlo Petrini from Bra, near Turin in Italy.

The clip below is for those of you that speak Italian.

He had already been a politically active man, he was an activist in the communist movement but was moved to take action with regard to food and wine in response to several events:

-a crisis in 1986 in Nazol, Italy where some wine makers had begun to illegally put methanol in wine to increase their wine’s alcohol content. Twenty three people were killed and dozens left blind or with serious neurological problems. The Italian wine industry reputation was ruined at the time. Some countries blocked Italian wine. 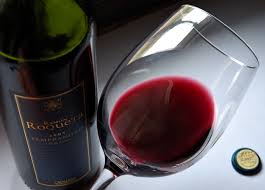 -McDonald s attempting to put a fast food store by the Spanish Steps in Rome. (I did notice McDonald s does have a pretty big branch not far along the road to the site originally planned).

The organisation seeks to preserve traditional and regional eating and cooking, and encourages growing food from the local seed and livestock pools. They are opposed to the globalisation of our food. I watched an interview with Petrini where he used the example of peppers being grown hydroponically in the Netherlands for export to Italy, and Italy growing Tulip bulbs for export to the Netherlands. Similar examples boil my blood here in New Zealand where we export our dairy products and fruit and fish, only to then import another country’s identical or inferior products. When I travel overseas I see NZ Kiwifruit and meat cheaper than we could buy the same items at home and yet they have been shipped in cold storage to the other side of the planet.

This clip is in English.

There are now all sorts of offshoots of the original Slow Food movement such as:

-the Eataly collaboration, (not a part of Slow Food but works with Slow Food to offer the closest shopping experience to what Slow Food advocates including the local suppliers that embody the Slow Food principles).

–Ark of Taste where local varieties of plants are preserved in the face of monoculturalism. They point to the example of how only 4 or 5 varieties of apples are available globally in our shops when there are actually hundreds that could be.

–University of Gastronomic Sciences in Pollenzo offering degree level and post graduate level courses in the principles of what Slow Food stands for.

-Finally, one of the key projects and the aspect that really captured my heart is to build 10 000 gardens in Africa. These are being built in schools and communities, and co-ordinators are trained to oversee the management of them. I cannot begin to do this project justice by describing it all but go see for yourselves. It is the future of humanity encompassed in a web site. http://www.fondazioneslowfood.com/en/what-we-do/10-000-gardens-in-africa/ 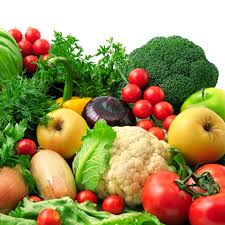