After a nearly 3 year passionate and intense love affair with Italy, (which continues to this day), I am being disloyal and this year heading for her big sister, Spain! 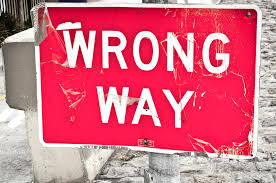 I have spent the last 2 years or so learning about the walk to Santiago de Compostela, (Camino de Santiago), in Galicia, the north west of Spain. The region Galicia is named by the Romans for the Celtic tribes that inhabited this land prior to them conquering them.  The name Santiago is a form of Latin for St James and Compostela is field of stars. ‘Camino’ is Spanish for way, road or path, and the walk to Santiago is often referred to as ‘The Way’ or as ‘The Camino’.

Santiago de Compostela is where, it is said, the remains lay of St James, one of the 12 apostles of Jesus and the patron saint of Spain. There is a convoluted story of how that came to be. It could have been fabricated as the towns and churches of the times all competed for prestige by claiming religious relics. If they didn’t have them sometimes there was travelling to foreign shores to pinch them. It really doesn’t matter though, with the intention and belief being all that matters.

Early pilgrims, recorded from the 9th century, set off from their home, wherever that may be, and walked to Santiago. By the 1100s huge numbers were making their way from further afield including over the Pyrenees in France and even as far as England.

The compostela is a certificate of completion of the Camino de Santiago, and is issued to you by the Pilgrim’s Office in Santiago de Compostela. There are two types of certificate: one is in Latin, and is issued to pilgrims who declare that they did the camino for religious or spiritual purposes. Your name will also be written in Latin. The second certificate is for those who did it for cultural or historical purposes. This one is written in Spanish. Both are testament that you have done the Camino de Santiago. http://www.theroadtosantiago.com/getting-your-compostelapilgrims-mass.html 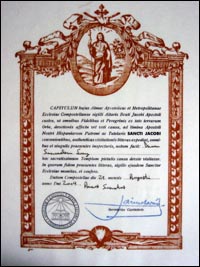 There are still many Italian connections for an Italophile to not feel too bad. Romans were drawn to this area for it’s gold mines, the Atlantic ocean coastline and fertile soil. Horrendous battles took place to subdue the original Celtic inhabitants. By the 3rd century AD Galicia was a part of the Roman empire. Where Santiago now stands was once a Roman burial site, and, one of the most common pilgrimage routes follows early Roman trade road. There are some spectacular roman bridges through the Galician region still in use and a tower or two and a city wall.

The intact Roman walls of Lugo in Galicia, Spain. 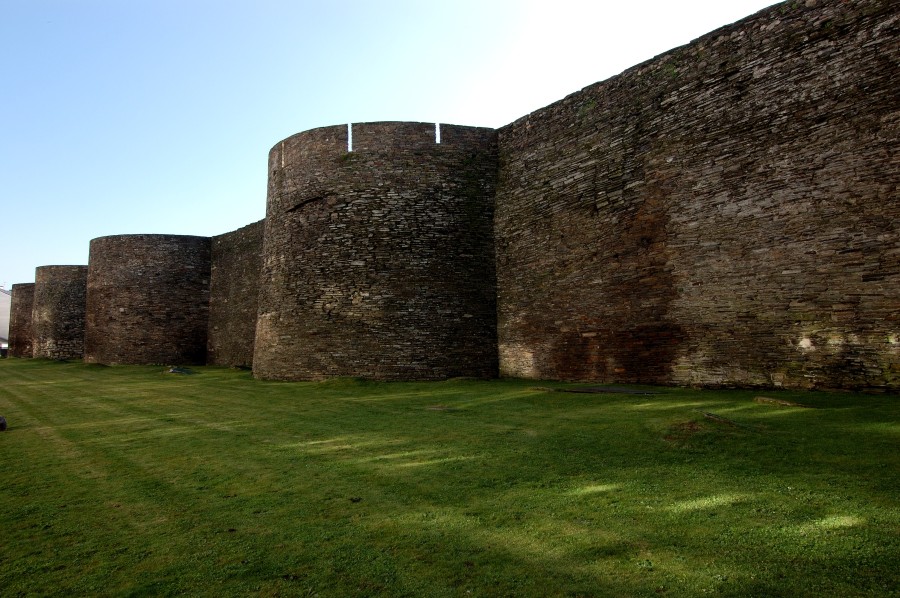 The earlier Celtic occupation of Galicia in the first thousand years BC, is still evident in the music, note the bagpipes (gaita),sound in this track.

So come May, I will set off to walk 112km where Romans have walked before me, along with hundreds of thousands of pilgrims from all over the world. Exciting. But not Italy. I shall see how it goes and my blog will reflect my experiences.

“Whenever I go anywhere but Italy for a vacation, I always feel vaguely disappointed, as if I have made a mistake.”