This city revealed itself slowly to me. I’m reminded of the scene in ‘Under the Tuscan Sun where the main character is cleaning her bed head describing how when you take on a new project (such as buying a house) you need to ‘…go slowly through the house, be polite, introduce yourself, so it can introduce itself to you.’

I arrived at the train station to the obligatory staring men sitting around on their park benches so made straight out of there following google maps across the storm water drain to the suburbs. My accommodation was lovely,  but as yet my impression of Reggio Calabria was unimpressive.

I really just needed to turn around and I would’ve seen the sea.

The next day I set off into town to find the museum with its Riace bronzes and started to get the idea. The town sits on the sea, the narrow straight between Sicily and the mainland. No matter how you look at it, the views of Sicily and it’s misty mountain peaks including Etna, its towns clinging to the hills, its engineering marvels of roads (yes it is so close they are clearly visible too) is just mighty.

It happened to be Festa della Republica this day so I was surprised to find I had free access to the museum (https://www.museoarcheologicoreggiocalabria.it/history/?lang=en) and it is very impressive. The artifacts come from numerous sites all over Calabria with its rich Greek history and from long before with materials dating back to 120,000 years ago. (It puts my interest in Samnites from around 500BC into near History!) The bronzes themselves are rather wonderful and even, if I may say so, rather sexy. I wonder if they represent the average bloke back in 5th century BC at 1.99m tall or if they are gods of some sort.

A lovely stroll on the lungomare eating Bergamot flavoured gelato and gazing at the strait and Sicily is just magic.

Street art is prolific and varied and makes for great pictures.

There are some Roman bath ruins sitting out on free display. 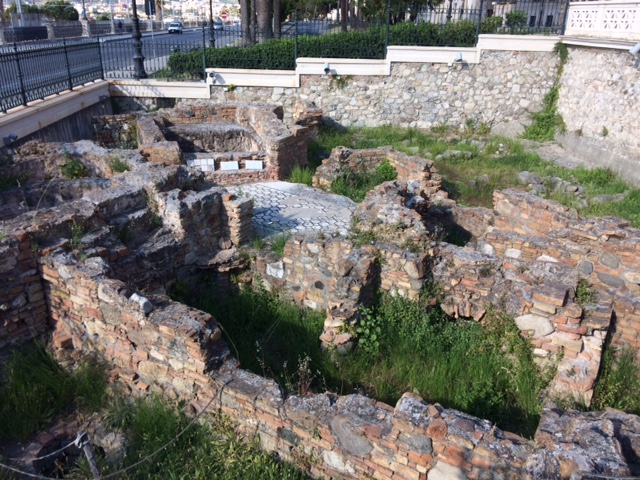 The shopping strip is very comfortable and easy to spend money at but mostly chain stores with not many unique boutiques. It is very pleasant though.

The Aragonese Castle is a bitter sweet experience. All that remains is the front two towers of what was once a monumental castle. Sections have been dismantled and demolished throughout the years for the city development, for political reasons and due to earthquake damage. There is a very special view from up top, again of the strait and Sicily but it is truly lovely in the evening as the sun sets over Sicily. 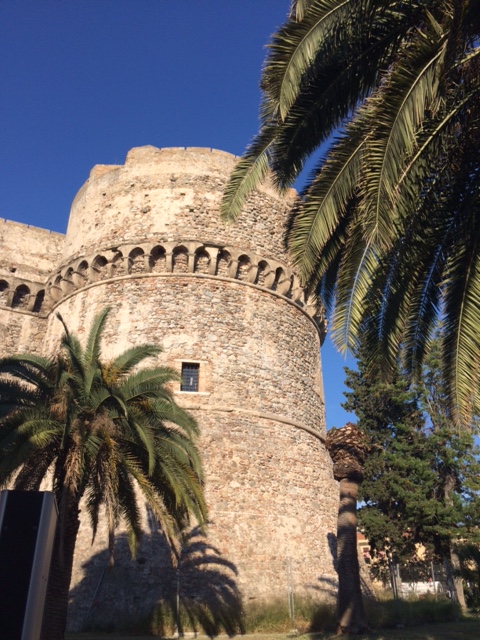 So this brings me to the cities unbelievably challenging history. It is like the cat that keeps coming back. It dates back to the 8th century BC by the Greeks and has endured the following:

Are you ready…takeover by Italics, Romans, Saracens, Normans, Sveva, Aragonese, Angioina, Spanish, Bourbon, French and pirate raids. The plague or black death took 5000 lives in 1743 (and about 50 000 across the way in Messina)  and then there were the earthquakes. In 1783 and again in 1908 this town was completely destroyed by catastrophic earthquakes. And in world war 2 it was bombed. Whew.

So although it has lost much of its old city and history somehow this resilient city and its people have made it an attractive and interesting place to be. It is also a great base for daytrips to Scilla, the Aeolian Islands and Messina in Sicily.

So after our cool introduction to each other, me and Reggio Calabria ended up quite sweet on each other, and it turns out those old guys on the park benches staring, were really just the welcoming committee. 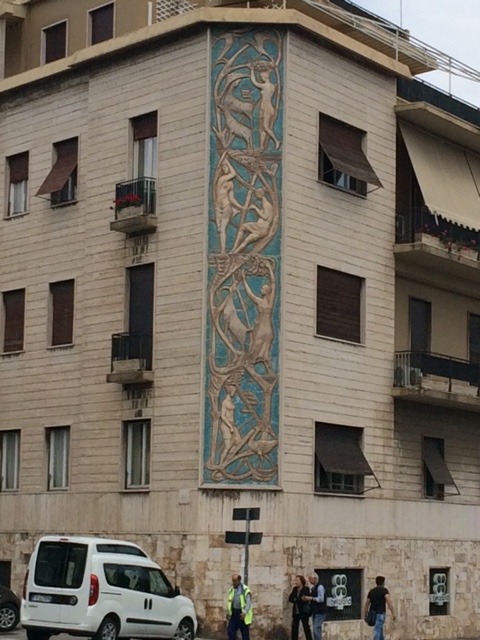