The third largest amphitheater in Italy is 40 minutes or so on a train from Naples. On the day I went, there was one other tourist. 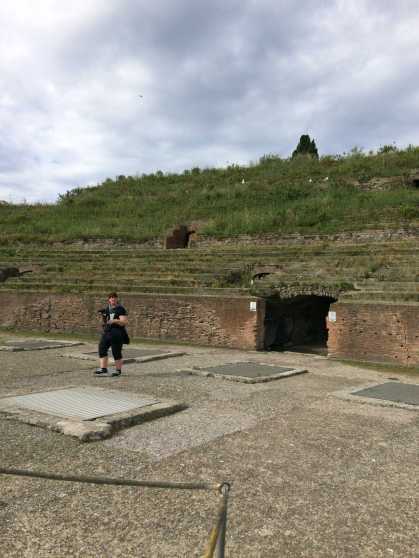 Imagine, an amphitheater with zero queues!

The largest amphitheater is of course the Coliseum in Rome. Think insane queues but magnificent. The second biggest is in Capua. Think Spartacus. 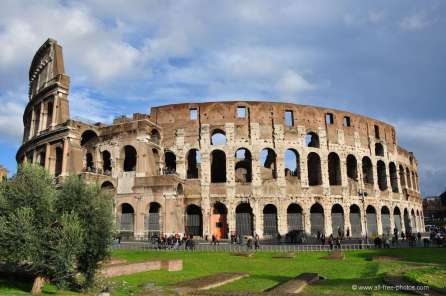 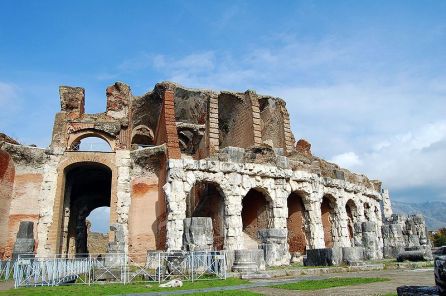 My zero queues amphitheater is in Pozzuoli, a coastal city in the wider Naples area, at the doorway to the Phlegrean peninsula. (The Roman town here was called Puteoli and dates back to 194 BC). 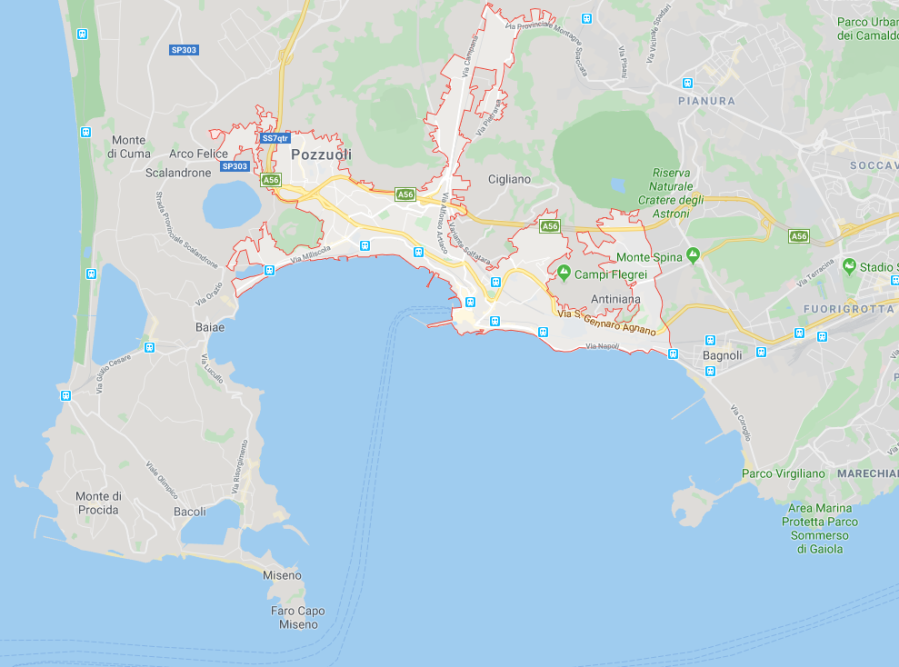 This peninsula is a history and science buffs mecca as it also includes:

-the Cuma archeological site, (the first Greek settlement on Italian soil that had a famous sibyl living in a cave);

-the Baia archaeological museum of Campi flegrei housed in a fabulous Aragonese Castle;

-and it all sits within the supervolcanic caldera of campi flegrae as does the whole Naples region with Pozzuoli at the center. Solfatara is a park here with fumeroles and bubbling mud however it has been closed due to the investigation of the death of a family. I’m not sure if it has reopened yet.

-And of course the submerged Roman city of Baia sits under the crystal waters of the harbour which is now a marine reserve. This can be viewed by arranging to dive or it can be visited in a glass bottom boat. 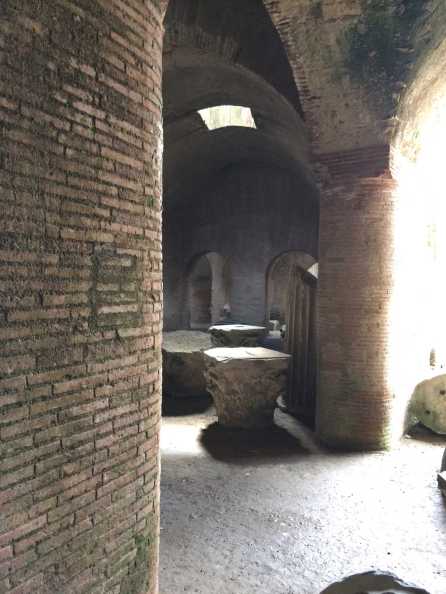 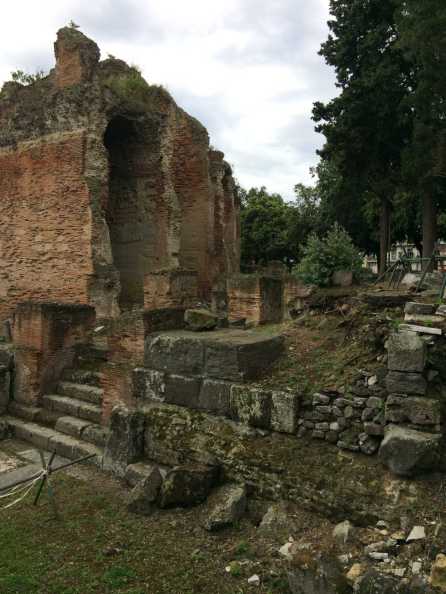 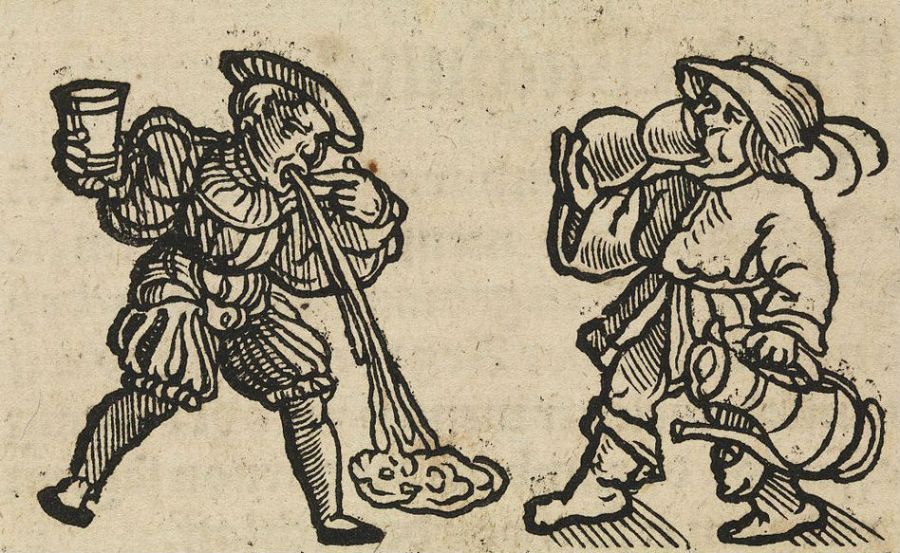 Saint Paul and San Gennaro are also associated with the area but I’m sure they did nothing of the wining, dining sort. We’ll come back to one of the Saints in a bit.

In Pozzuoli itself, besides the Flavian era amphitheater, the city also boasts other archaeological sites including a macellum or Roman market building and the Temple of Serapide.

The marine life that is embedded in the marble of some of Pozzuoli’s Roman era pillars demonstrate that the wider area has been submerged and re emerged over time due to the bradyseism or movement of the earths crust with its volatile geological activity.

Pozzuoli is where Roman concrete was excavated from the seabed to study its composition and to learn how they made it to last thousands of years. (The secret is in the volcanic ash and the mineral deposits that form within the ash gaps over decades!)

It is well worth spending some time here for all this fascinating history but also because it is just beautiful and on the doorstep of the islands of Ischia and Procida with Capri not far away. Views are everywhere you turn. Did I mention there are few tourists. 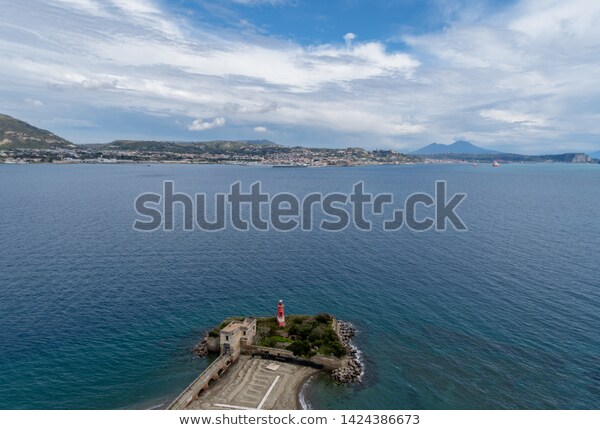 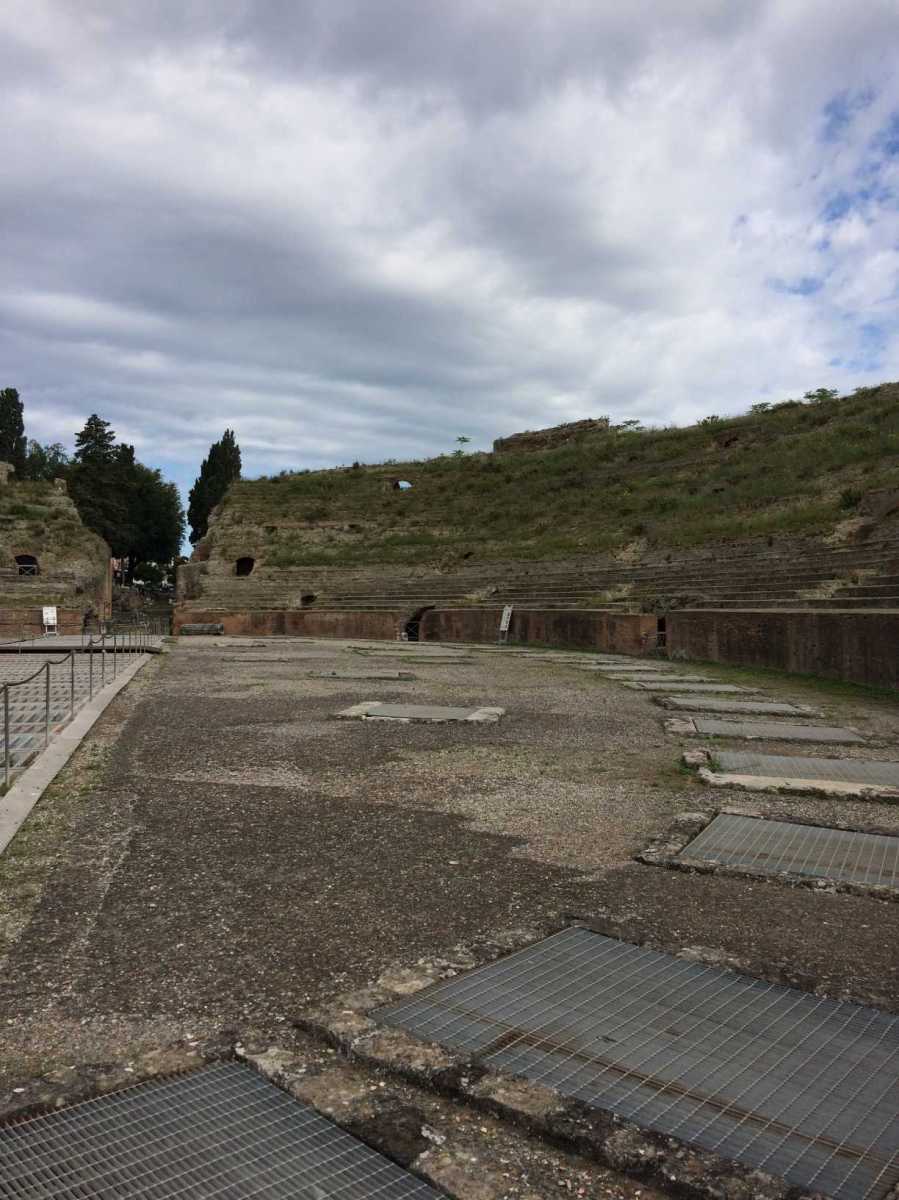 So back to the deserted amphitheater. Built in 80 AD or so it is thought it was designed by the same architects that designed and built the Coliseum.

This site was partially buried in ash from eruptions of the solfatara volcano at some time and thereafter abandoned. People appear to have lived in the abandoned rooms and grew vines in the rich volcanic soil. It was at this time that the hardware was stripped. Unfortunately this means the arena is not as spectacular as the Coliseum with the seating blocks and marble decorations not present. 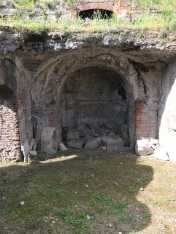 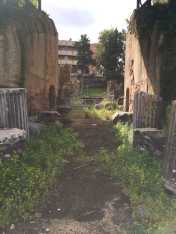 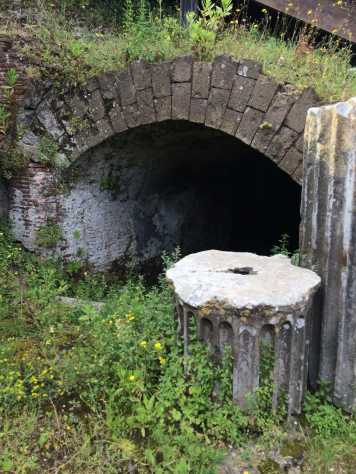 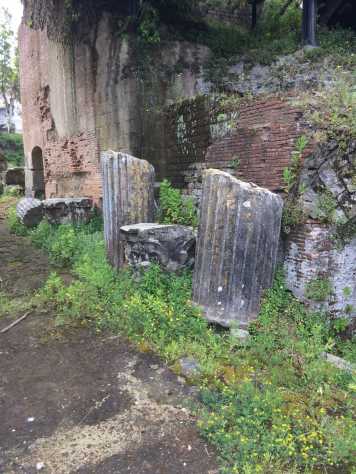 On the other hand, the volcanic ash that buried the site had protected and preserved the basement. This means, it is very precious as it has the best preserved interior of any Italian amphitheater. Wiki states that excavations of the site have occurred from 1839 to 1845, 1880 to 1882, and then in 1947.

Parts of the gears used to lever cages up to the arena floor are still visible. These cages would have been used for raising animals and surprising the 20-50,000 spectators (varying numbers in the research), with beasts emerging unexpectedly to take on the gladiators. The cages could also hoist up the gladiators themselves, and other entertainers, and stage sets.

When there has been rain the interior access stairs are closed off to prevent risks of slipping in the pooled water so go when it is fine. 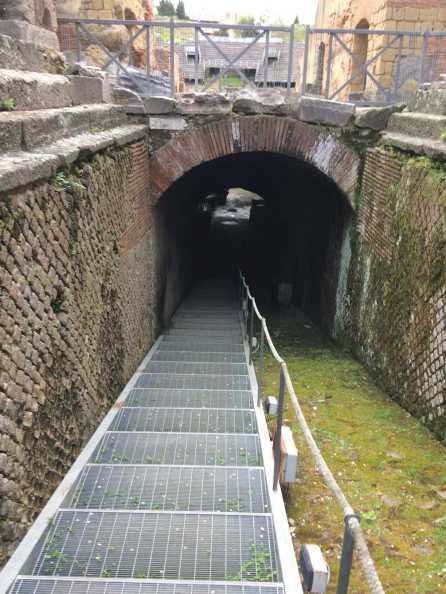 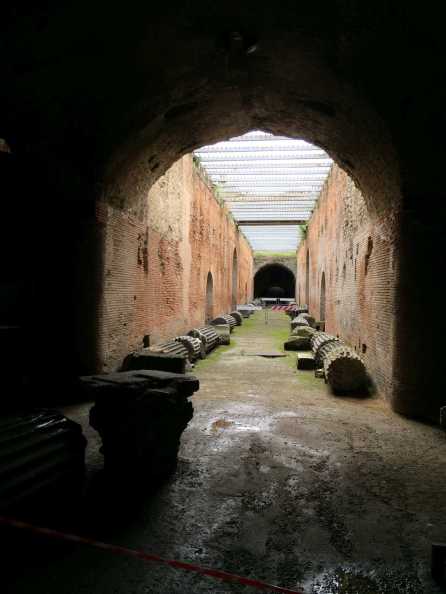 It is glorious down there. Some access is restricted but it is still fabulous.

For tickets, looks to be 4 euro but we paid 8 which included access to 3 or 4 of the sites in the area. https://www.coopculture.it/en/heritage.cfm?id=8# 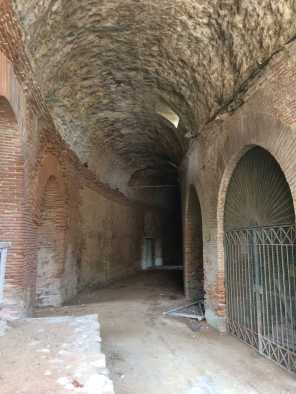 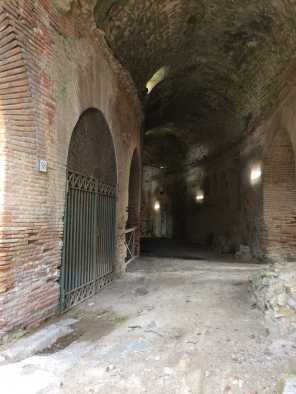 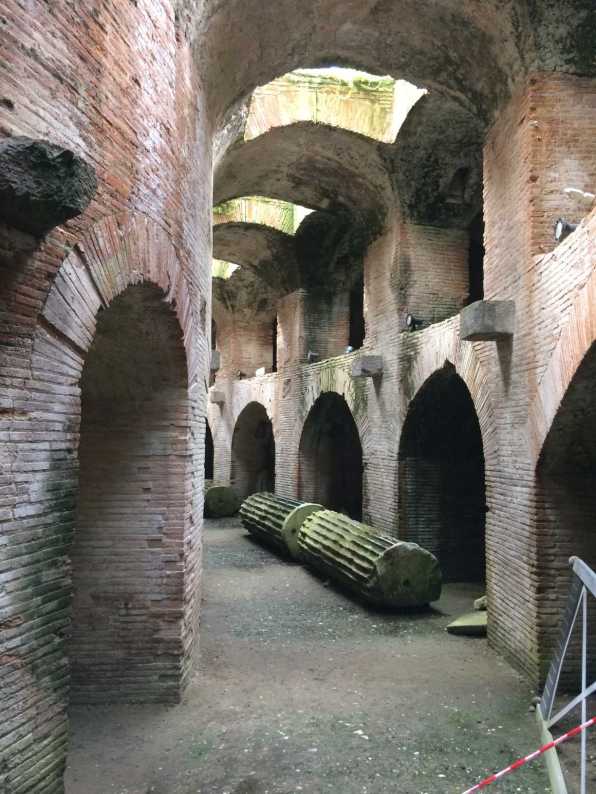 So back to San Gennaro or St Januarius. If you know anything about Naples you may know that to this day, the faithful  gather three times a year to witness the liquefaction of a vial of his blood in the Naples Cathedral. After some heavy praying the vial generally liquifies and a 21 gun salute is held at the Castle Nuovo. It is considered a good omen to the highly superstitious Neopolitans.  The Saint himself was the bishop of Benevento and lived around the 3rd century.

His connection to this amphitheatre in Pozzuoli? Well, it was here that he was thrown to wild beasts as a matyr only to survive and be beheaded at Solfatara during the persecution of Christians in 305 AD. 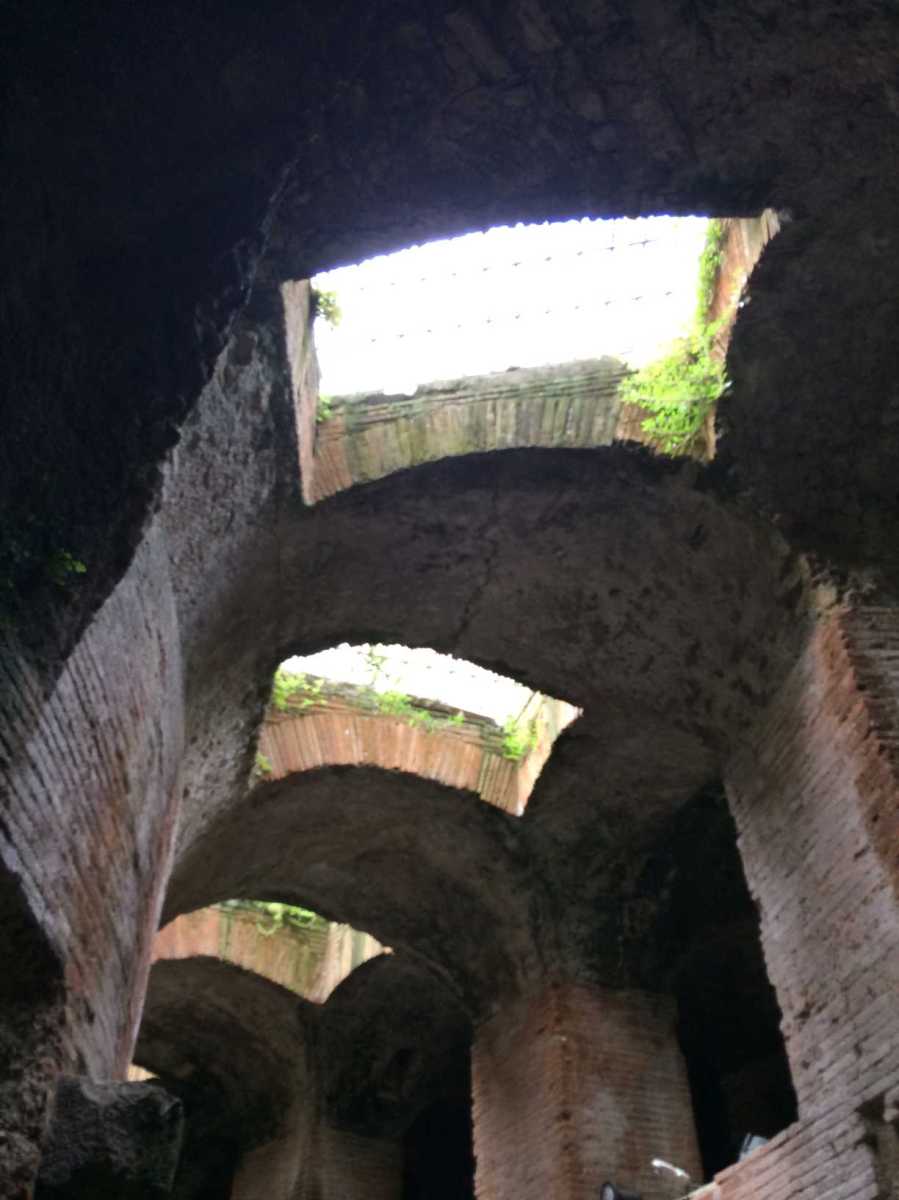 And St Paul’s visit to Pozzuoli is in the bible. Acts 28:13, 14. It was the main port for Rome prior to the construction of Ostia so it was here that he disembarked and started his 170 mile journey up the Appian Way to the city of love. 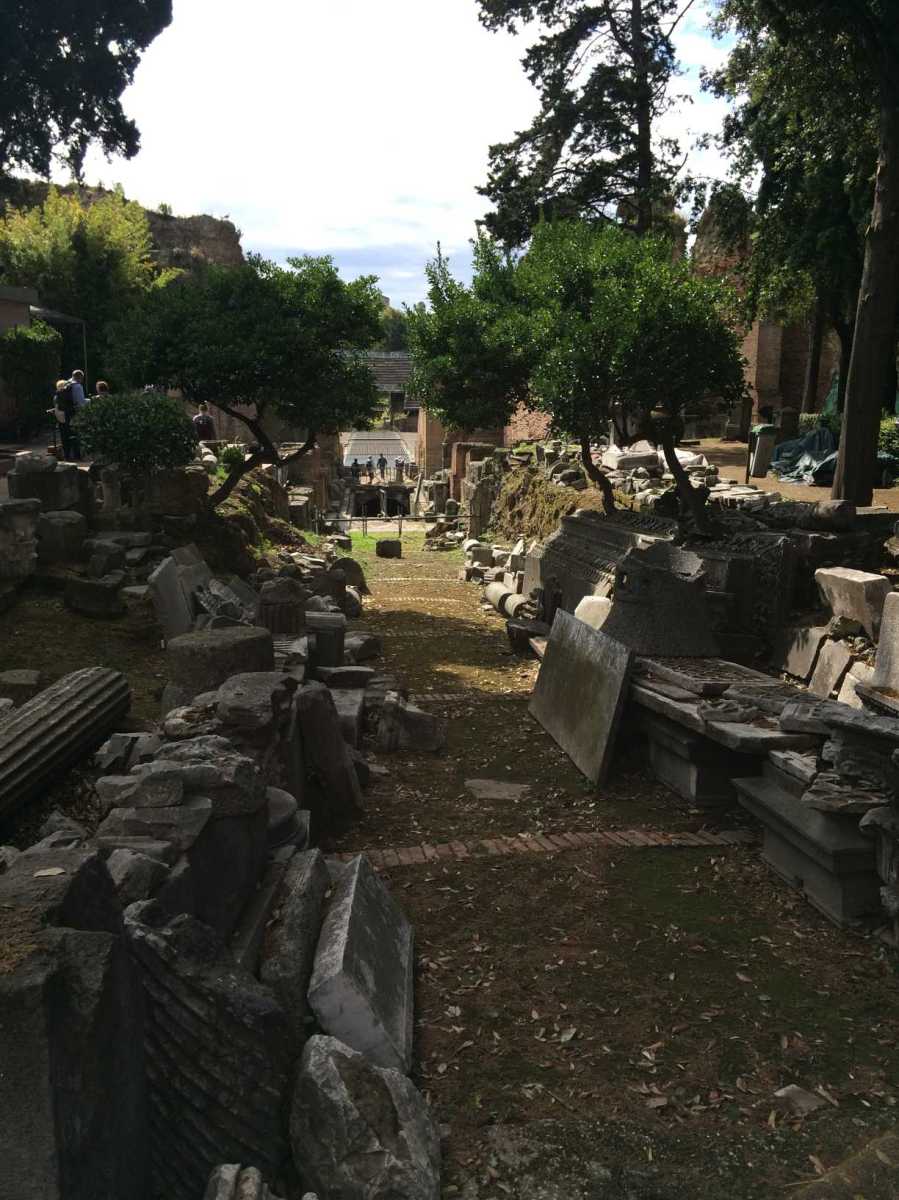 2 thoughts on “An Amphitheater, a Super-volcano and a Vial of Blood.” 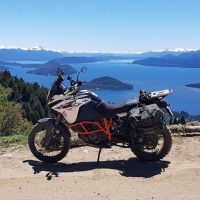 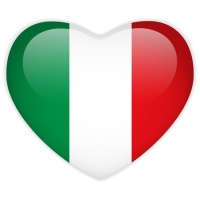 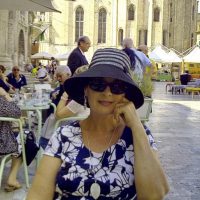